In the family registry book of 1813 (Bunka 10), the name “Yojuro” is listed as a farmer and an innkeeper. This is the earliest description of our business. We have been running the inn for more than 200 years, 7 generations, here in Yunohama.
I would like to sincerely express my gratitude to the rich nature and culture of this region and all the guests who have supported us.
With the taste of “Haikara(from English high collar, a Japanese term used from Meiji era describing stylishness and modernity of the Western world)”, and the support of various talented staff, we have always challenged ourselves to do something new. Such as opening a Western-style restaurant in the Meiji era, rooms with beds, baths and toilets in the Taisho era, diversification and multi-store operation in the Showa era, and the creation of new types of Japanese-style inns and restaurants in Tokyo in the Heisei era. Now, in the Reiwa era, all of our staff will do their best to always put our guests first and never forget to try new possibilities while respecting the tradition. It would be our great pleasure if you could come and stay at Kameya for your very special day. 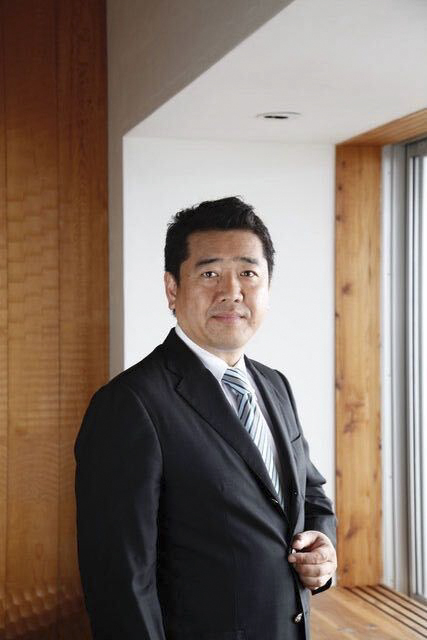 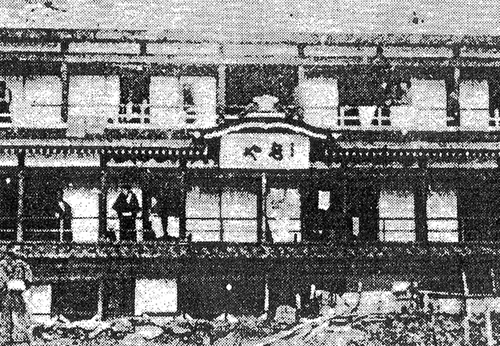 Yojuro started running an inn as a hot-spring treatment facility in 1813. Since then, the family has taken on the name Yojuro for generations. 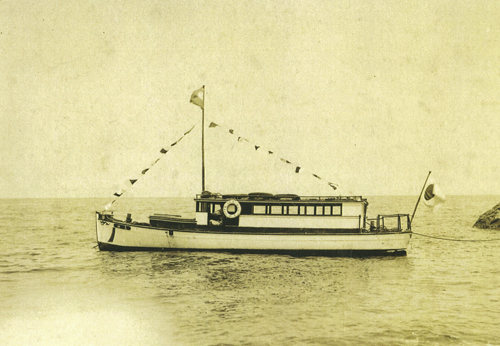 The ship owned by Yojuro the Third 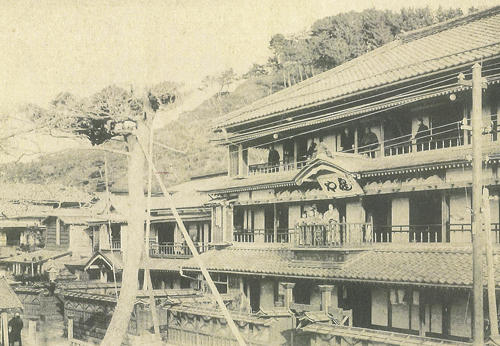 The main building from the era of Yojuro the Second 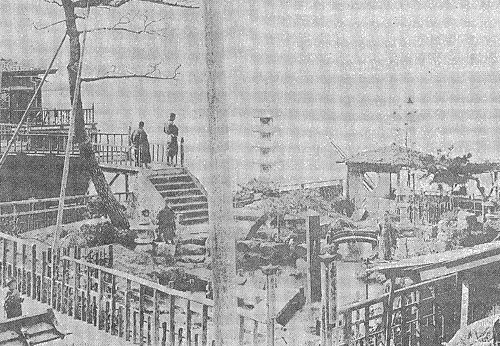 In the Meiji 30’s, a garden and the first branch office were built across from the main building and opened for business. 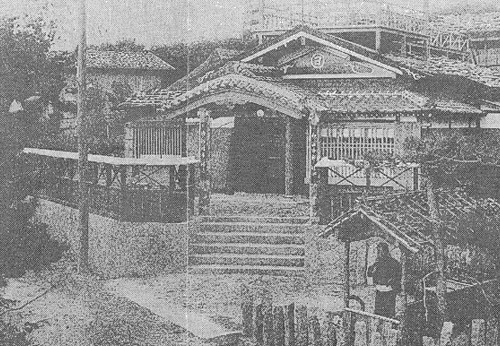 In the Meiji 30’s, the second branch and restaurant Banzai-ro were opened and became the first restaurant to serve Western-style food in Yunohama (currently the Yunohama branch of the Tsuruoka Shinkin Bank). 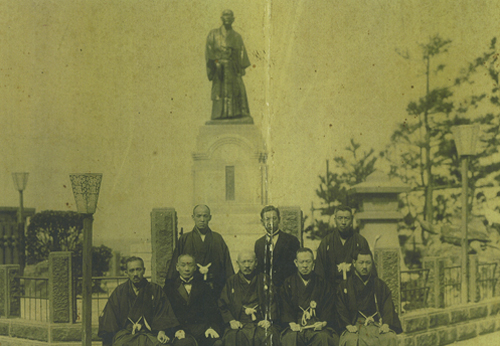 1922(Taisho 11)
The source of the hot spring was mined in the garden of Kameya and the first inner hot spring was constructed in Yunohama.
A commemorative bronze statue of Yojuro was erected.

1922(Taisho 11)
After roads in Yunohama were constructed, the Kameya Automobile Company was established in Uzen Oyama.
Opened a taxi company for the greater convenience of guests. 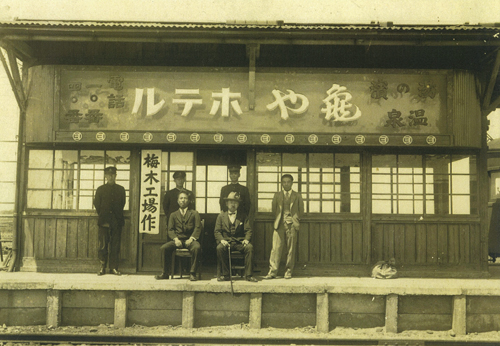 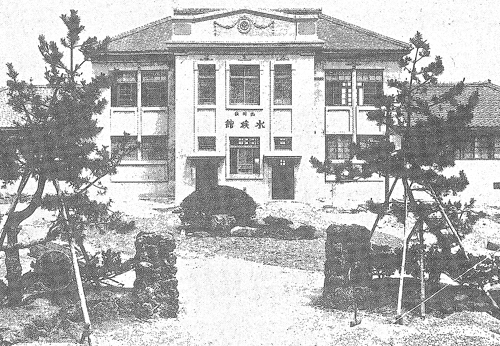 1930 (Showa 5)
An aquarium was opened in Kamo, and the fourth Yojuro became its first director.
In addition to fish, seals and fur seals were kept in the aquarium, making a popular entertainment facility.
The Kamo Aquarium currently has the largest number of jellyfish on display in the world. 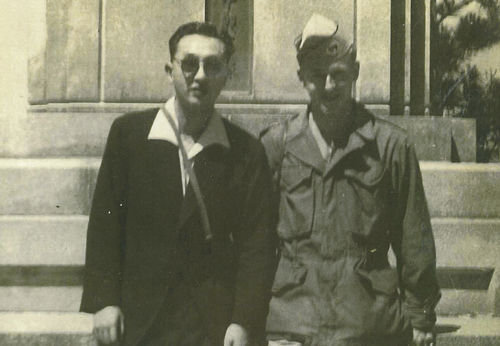 1949 (Showa 24).
The Annex Ryuguden is seized by the U.S. Army and Yojuro the Fifth served as an interpreter.